‘Virtual Photography’ is the series name for these 2D very high resolution digital images (in 4K UHD and 8K UHD-2) produced in the game design environment Unreal Engine. The images cover a wide range of aesthetic interests, including the reimagining of photographic practices within 3D computer environments. Virtual photography works with the new forms of mimesis and semiotic indexicality involved when manipulating virtual objects that are textured with ultra high resolution scans of real objects and environments. Thematically the artworks explore a very wide range of human dimensions through narrative, cinematic, psychological and philosophical ideas unique to each image or image set (as some of the works are diptychs and triptychs). The images also include various forms of abstraction, which have historical connections to more experimental photographic practices such as photo-sculptures and light box constructions. What we generally call ‘game engines’ might be better understood as ‘reality engines’ given their immense power to simulate many aspects of the world. Through lighting and shading effects, textures of materials, the physics of movement, photogrammetry and related technologies, these reality engines extend the traditional vocabularies of both representation and abstraction. While philosopher Stanley Cavell has claimed that 'A painting is a world; a photograph is of the world,' virtual photography short circuits this is/of difference by encompassing both media ontologies.

VJ loops are a new silent cinema, which like the old silent cinema, isn’t really silent. VJ loops are an intriguing media type because they allow for an infinite stylistic and thematic palette (because their content can be anything),while their short durations impose strict constraints for exploring a moving image idea within a very finite timeline. In producing many dozens of them, I have found that usually the sonic or musical component is not foregrounded in my production practices. VJ loops are often visually interesting in themselves, and not necessarily in need of an added acoustic component. Like the loops, the audio aspect can be anything (i.e. any music or sound can be paired with them, as determined by the VJ artist). In short, they work well independently as general video looping media in any spatial context and at scale.

The Video Rhythmologies combine digital video stills into large scale canvases in the manner of the photographic typologies (visual classification systems of composition) pioneered by artists such as August Sander, Bernd and Hilla Becher, and Ed Ruscha. Computational media techniques, such as video synthesis and post-processing methods, are utilized to create complex spatial tapestries at 16K or 32K resolution. Typically digital art has too little pixel information to be made into fine art prints. This series explores the possibilities of experimental video for large-scale print art, including prints made with alternative materials, such as ceramic inks on architectural glass. 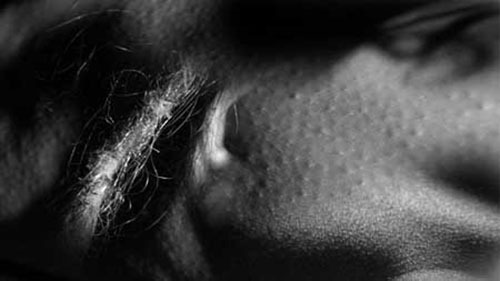 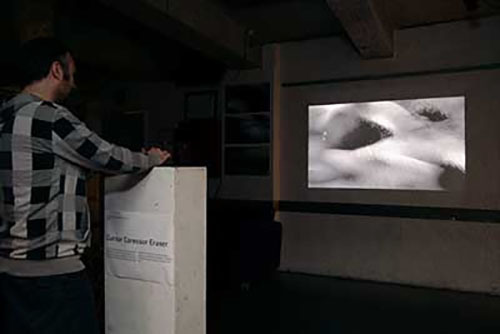 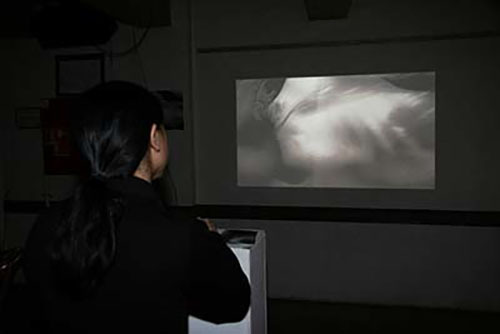 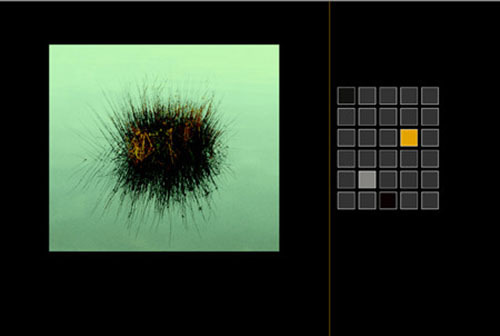 Meridiend is a work of internet art combining literary writing and digital photography to explore the interstices between writing and the real places that served as a point of contact for these texts. Neither word nor image “explain” or “caption” the other, but rather viewing and reading relies on the memory of each, as texts and images are not viewable simultaneously. Once the image has been replaced by its accompanying text, it cannot be easily gotten back to unless an effort has been made by the viewer-reader-interactor to keep track of their moves. 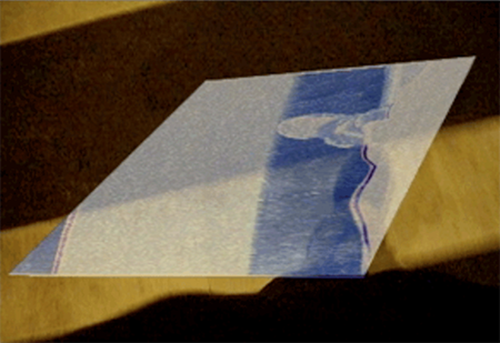 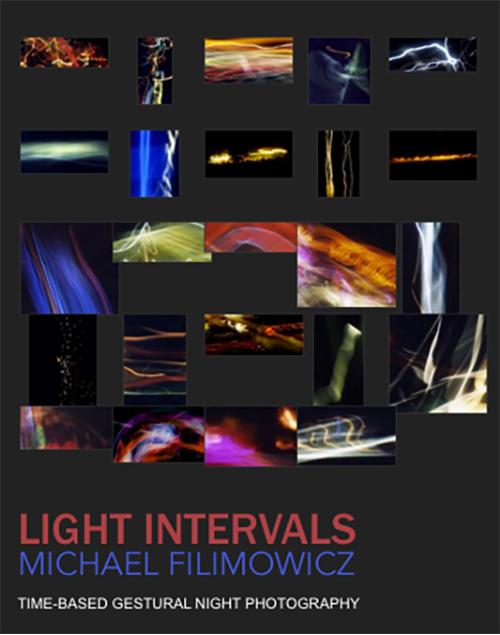 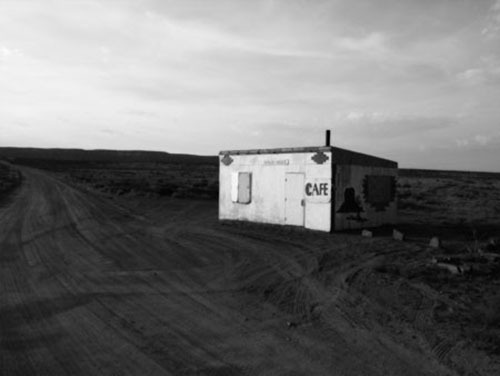 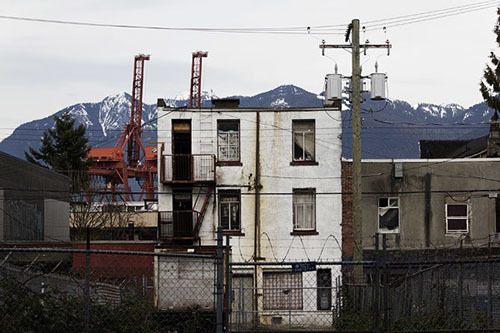 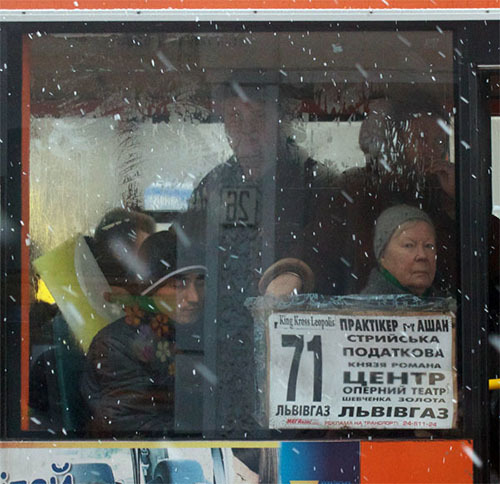 Interworld: This work is featured in the book Infinite Instances: Studies & Images of Time.

The flux of experience is typically characterized by artists and thinkers as an undifferentiated continuum of sensuous particulars, haphazard, unorganized, a ‘raw stuff’ to be ordered and structured by our sense organs and the cognitive structures of the mind. This video work of visual flux seeks to counter the traditional notion of flux. It is based on a phenomenological investigation in which flux is explored, not as a random sequence of unstructured percepts, but rather as a concatenation of rhythms. This work is composed of very brief fragments of overlapping visual pulses- each pulse being a momentary articulation of the body. 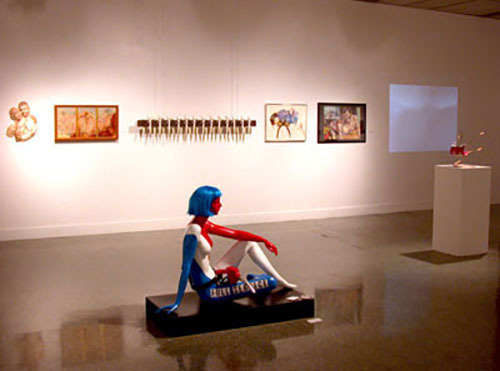 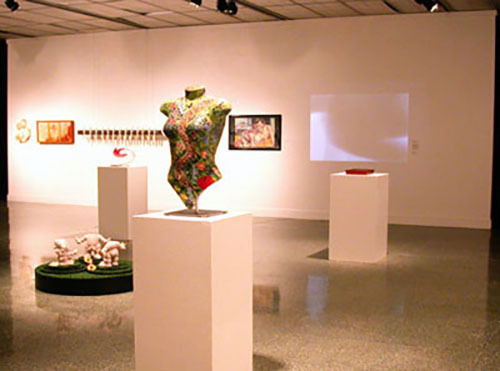 This study takes as its starting material a photograph of window blinds. Every video image is a potential sonograph, and the built environment is a natural source for sonographic explorations due to the high incidence of repetition. The horizontal striations of the window blinds are reminiscent of spectrographic representations of sound. This work explores a sound palette created by mapping video effects and processing directly into the sound domain through various acoustic ‘windows’ (Hamming, Kaiser, von Hann, Sinc, Rectangle) that are part of the common tool set of sound synthesis. 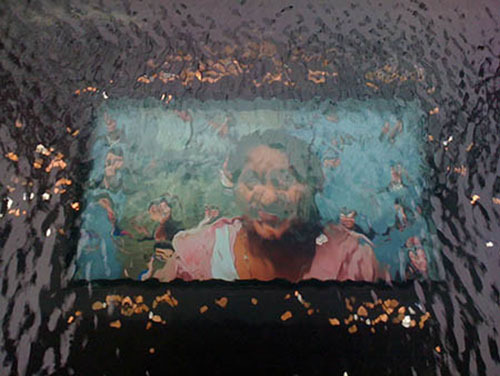 It’s Gonna Rain | A Ludoremage is a ludological re-mix and hommage (thus: ‘ludoremage’) of Steve Reich’s classic tape loop work, “It’s Gonna Rain.” Here, Reich’s sound work has been reincarnated as a game. The game is largely generative but integrates some minimal interaction, which is appropriate for a work of re-embodied minimalism. The reward for the player is not in points to be scored but rather in the new possibilities (e.g. moments of silence) afforded by this remediation of the composition on a gaming platform.

Roswell Antistory composes a borderlands anti-narrative depicting an anonymous runner in the American Southwest desert racing through cactus bushes and careening off an alien, who eventually teleports out of the scene taking the giant maracas in the process, which rattle bounce and shake and at times halt the progress of the runner, giving the interactor something to do. After the severe loneliness of the desert runner becomes unbearable, the interactor can click on the runner to return to the beginning, if that indeed is where things began.

This animated film tells the story of Katerina Bagatova, a bourgeois heiress who struggles to maintain a cannibal who lives under her staircase as a band of mysterious profiteers conspire to undermine her carefully crafted facades. Co-produced with Alex Gorelick, and winner of Best Experimental Film at the Indie Film Talent Awards

A film by South Indian filmmaker Sujatha Shankar Kumar. Two dieties, or are they ghosts?, comment on the philosophical meanderings of a Bharata Natyam dancer as she ponders the strange sayings of a wandering Jew’s harp player.

Campfire Cosmology, Morning Chore, The Alfalfa Sublime
Poems, in The Reading Room No. 8

Sound for Film
Essay, A Companion Guide to Rooftop Films, #2

Of Guns and Sheep
Flash nonfiction in The Yalobusha Review, Vol. XIV